With great pleasure MU and FIBER offered a select group of students and young professionals from the fields of (audio)visual art, design and creative technology the opportunity to attend a masterclass by Quayola at MU on Friday January 10. The class took place during the day, prior to the Coded Matter(s) #3: Transmaterials evening programme.

Photos of the masterclass can be found here.

This unique masterclass featured a four hour in-depth journey through the Captives project, the making of the exhibition The Sculpture Factory (currently presented at MU) and an introduction to the software framework Dedelo.

The days started with a focus on Captives; Quayola’s ongoing project in which he explores the tension between form, matter and real-time digital sculpting combined with the perfection and aesthetics of computer software. Quayola translated the unfinished sculpture series “Prigioni” by his inspiration Michelangelo into a computer model and sculpted new variations of the statutes with the use of software. After the artist formed the digital material, it was then translated back into physical matter by the computer with the use of a ABB milling robot.

The artist will also presented Dedelo; a custom-built software, which has been developed together with Natan Sinigaglia with the use of VVVV. Together they created Dedelo as a framework to collaborate as a duo: Quayola & Sinigaglia. Dedelo plays an important role in the creation of the Captives sculptures and also other AV performances by Quayola. More technical information about Dedelo can be found in this recent Creative Applications Network article.

In this masterclass, the participants were treated to a full explanation of the process behind Captives and all different iterations, tools and processes which together form the creative and fabrication process. For this special occasion Quayola also brought along the two computers on which the software runs to offer the participants a look into its workings and to give them an opportunity to try it out.

The masterclass was aimed at all artists, designers and other creatives who have an interest in matter, software or new types of aesthetics influenced by computational processes. Coding skills were not required; the masterclass was set up as an extended and informal lecture. 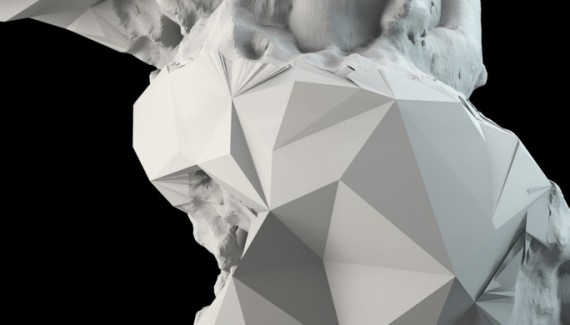 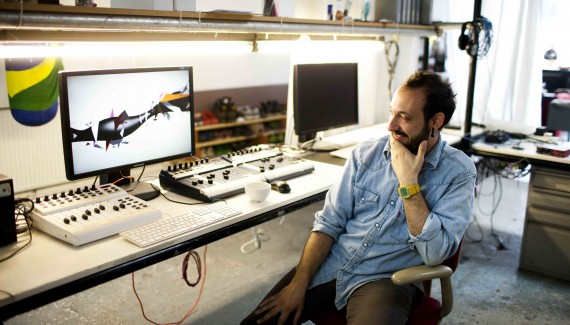