Children of the Light (Darkside) [NL]

Children of the Light is the collaboration of Amsterdam-based visual artists Christopher Gabriel (1980) and Arnout Hulskamp (1978). Gabriel and Hulskamp met at the progressive nightclub Trouw Amsterdam where they both have a residency. As a duo they tend to both entrance and mystify the public, creating abstract and highly spherical scenographies using decor, light, haze, reflections and animations.

Supporting producer Nicolas Jaar and guitarist Dave Harrington’s live project, Children of the Light debuted at the legendary Darkside concert in Paris (2012), receiving critical acclaim. “It feels like I’m in between a mise-en-scène à la Olafur Eliasson and passages of Riders on the Storm.” Concerts followed at Concertgebouw during Amsterdam Dance Event, PitchFork Festival Paris and at Art Basel Miami. Their game changing ‘live scenography’ has become part of Darkside’s 2014 world tour.

At Coding the Club, Children of the Light will give us an insights about their team dynamic, collaboration with Darkside and how their crew works together to construct these experiences, as well as tell us about the story behind their productions, development and the tools and techniques they use to make the magic happen. 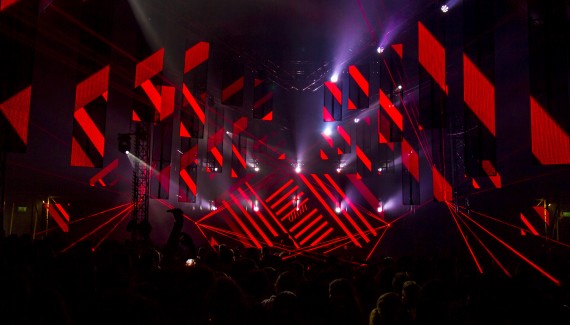