Sonobotanics is still a widely unknown science; it studies plants whose life experience is predominantly in the auditory domain. This installation by Marije Baalman is a model of the Periperceptoidae Triquetrus plant and based on the research of 1970’s Dr. Hortensia Audactor. Despite difficulties encountered in the publication of her results, Audactor has collected a substantial body of research about the growth patterns, communication behaviour, and other characteristics of these plants. Recently, the field of Predictive Sonobotanics was founded, attempting to create models of the plants with the aim of predicting the behaviour of sonobotanic plants and to gain a deeper understanding of the subtleties in sonobotanic plant behaviour.

In her artistic work Marije moves between live performance, livecoding, and interactive installations involving light and sound. Her focus is on composing of behaviours and interaction modalities, creating processes driven by sensor data, rather than fixed sound tracks. She has collaborated with various people, amongst which Alberto de Campo, Chris Salter, Michael Schumacher, Attakkalari Dance Company and Workspace Unlimited.

In 2005, Marije Baalman was one of the founders of the Institute for Predictive Sonobotanics, as part of the Foundation for Auralisation and Computation of Transient Objects (IPSO-FACTO). With the institute she has modeled two families of the nowadays rarely found sonobotanic plants, using her experience as an artist and physicist with modelling processes and using realtime data to create interactive sound and light installations. 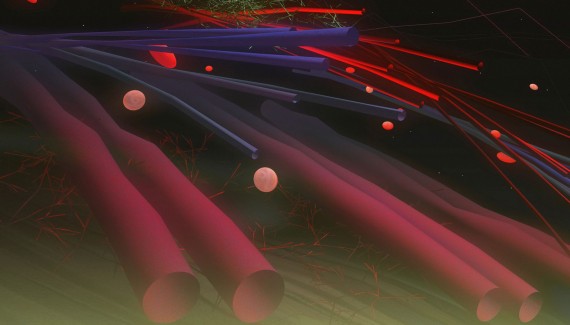